At the time of Colin’s death he was conducting research for a new book.
His intended title of the book was: Powering the future: it's the sun, stupid!

Colin’s vision for the book was that it deal with the potential of solar power to relieve poverty, cut greenhouse emissions and help save the world. He planned to include the technical, economic, climate change and social dimensions of embracing the solar revolution and hoped to publish the work in late 2014.

C. Hunt, 2013. Illustrated implications of the Terrifying New Math of Meinshausen and McKibben in Economic Analysis and Policy, 43(3) (December 2013)

For an analysis of the failings of environmental impact assessments for coal and CSG projects, see this article

A submission to the inqury on coal seam gas by the NSW Chief Scientist can be found here, and to the inquiry by the Commonwealth here.

For a summary of issues in artesian drawdown by CSG activity on the Condamine aquifer and the Great Artesian Basin in the Walloon Coal Measure, and the Bowen Basin, click here.

Kyoto Protocol fails: Get ready for a hotter world

Australia is on track at the end of this year to meet its emission reduction target under the Kyoto Protocol.  http://www.climatechange.gov.au/search.aspx?query=projection%202012&collection=agencies&profile=climatechange But that should not encourage us to believe that the Kyoto Protocol has succeeded in driving down global greenhouse gas emissions (GHGs). On the contrary, the Protocol has failed, and large temperature rises are now inevitable.

See the full article at The Conversation, posted 16 November 2012: https://theconversation.edu.au/kyoto-protocol-fails-get-ready-for-a-hotter-world-10742

Conflict between economic growth and conservation: the case of the Great Barrier Reef

Research Question: Is it possible to manage development, both within and adjacent to the Great Barrier Reef World Heritage Area, such that the imperatives of economic growth and ecological preservation are both achieved?

The conflict between the rapid development of coal seam gas export and the need to conserve the values of the Great Barrier Reef has been highlighted by media reports. http://www.abc.net.au/4corners/stories/2011/11/03/3355047.htm; http://theconversation.edu.au/what-is-gladstones-lng-development-really-doing-to-the-environment-3885 The massive dredging program in Gladstone harbour and the building of three or four liquefaction plants on Curtis island are both taking place within the World Heritage Area.

These dredging and construction activities will, from 2014, allow the export of non-conventional liquefied natural gas (LNG) worth billions of dollars and at the same time will generate a large royalty revenue stream for the Queensland government.

The dredging and the construction activities in Gladstone harbour are affecting water quality. Deterioration in water quality affects the whole ecosystem, as manifest in a reduction in recreational and commercial fish catches.  In addition the high level of ferry and other transport in the harbour as a result of the developments threatens dugong, turtles and dolphins.

But the development in Gladstone harbour is but one of many planned for the Queensland coast, mainly to export coal.

The scale of the developments came to the notice of UNESCO which has oversight of World heritage Areas. It sent a delegation to Australia to report on the threats to the GBRWHA posed by present and future developments.

The delegation has reported back to the World Heritage Committee (Mission Report, Reactive Monitoring Mission to Great Barrier Reef, Australia, 6th to 14th March) 2012  http://whc.unesco.org/en/sessions/36COM/documents, and a report on the GBRWHA will beconsidered at the 36th Session of the World Heritage Committee, 24 June to 6 July, 2012, Saint-Petersburg. UESCO_1_June_whc12-36com-7BAdde_1.pdf

The thrust of the report is that developments must be confined to existing ports and that the Australian government must show how it will manage the threats. If substantial progress is not demonstrated the GBRWHA may be put on the World Heritage in Danger List.

He had an abiding interest in the preservation of the outstanding universal values for the GBRWHA given that he was one of the architects of The 25-year Strategic Plan, which has guided reef management since 1994. http://www.gbrmpa.gov.au/about-us/legislation-regulations-and-policies/the-25-year-strategic-plan-for-the-great-barrier-reef-world-heritage-area

The economy versus the coast: development and death by a thousand cuts (click for full article)

The article analyses the benefits and costs of the Coral Sea Marine Reserve which, together with the contiguous Great Barrier Reef World Heritage Area, creates the largest marine protected area in the world. The benefits are found to be minimal, in both anthropocentric and ecocentric terms. The establishment and management costs are yet to be determined but could be in the order of $A20 million and $A13 million respectively. Meanwhile, serious depletion of the vital fish stocks of the largest tuna fishery in the world in the Western and Central Pacific Ocean – in which Australia is a management partner – continues, as does the rapid erosion of the unique and outstanding values of the Great Barrier Reef. It is concluded that current investment in the creation and management of the Coral Sea Reserve – in the face of the demonstrably urgent needs for investment in the management of marine resources in the near region and in Australia – is problematic. 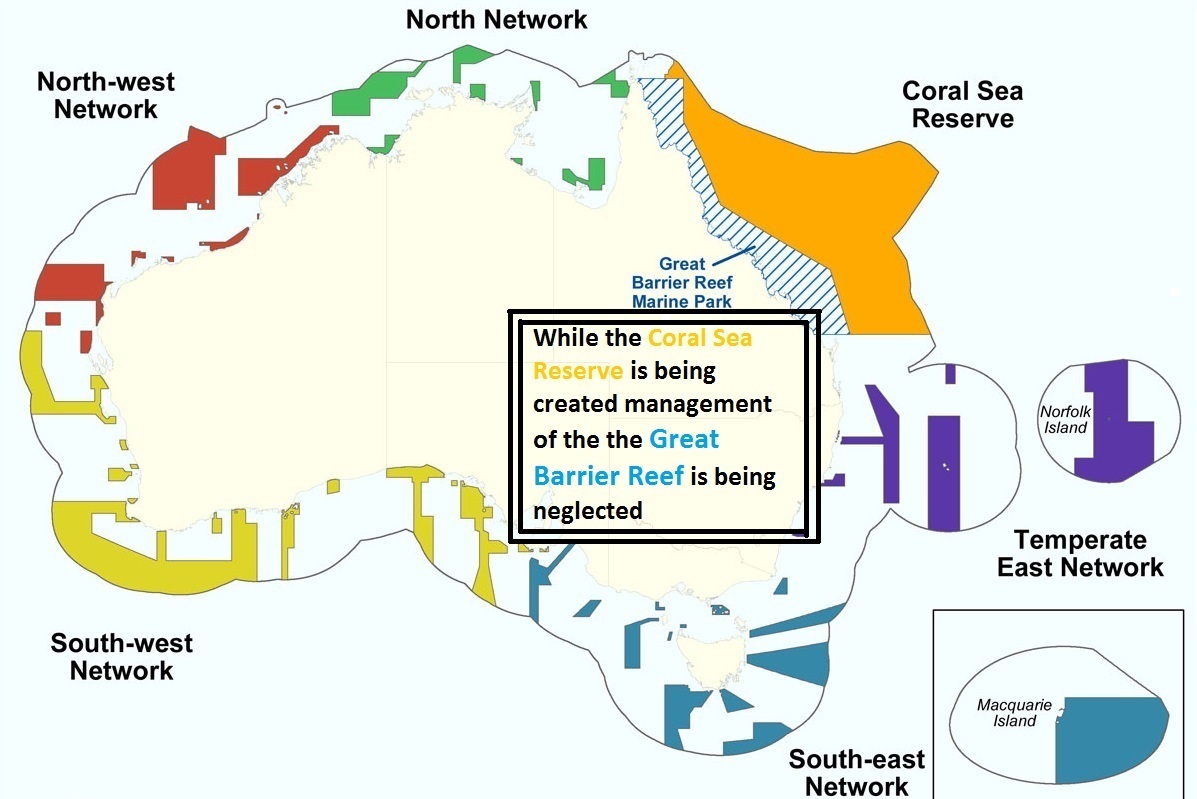 The Coral Sea Marine Reserve covers hectares 990,000 km2, extending eastwards from the boundary of the Great Barrier Reef Marine Park to the limit of Australia’s territorial waters. The Great Barrier Reef and the Coral Sea Reserve will together constitute the largest marine protected area in the world. (Note that the South East Marine Region was established in 2007.) 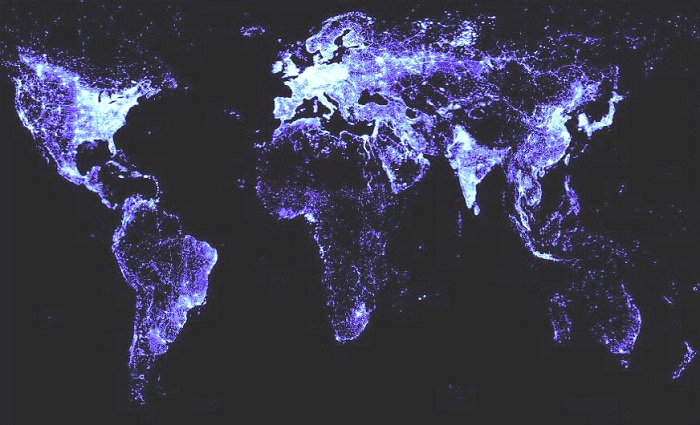 Nighttime from space. Source NOAA 2010. About 70% of households in sub-Sahara Africa and in northern India are without electricity. However, solar power is changing that. 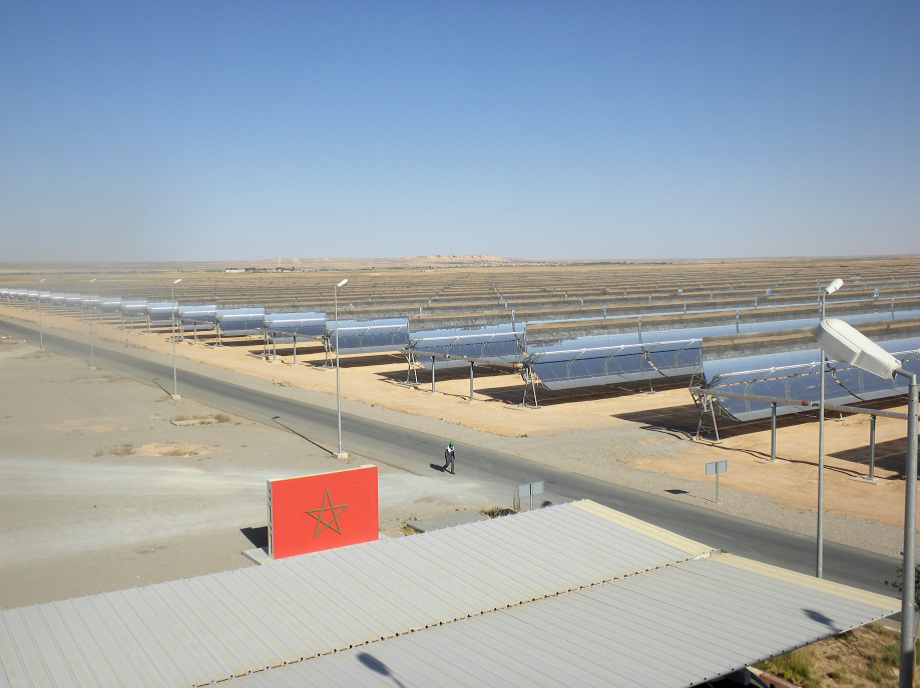 The concentrating solar thermal plant at Ouarzazate, Morocco. Source World Bank 2013. The plant will provide 24-hour power to the city of 1.5 million. 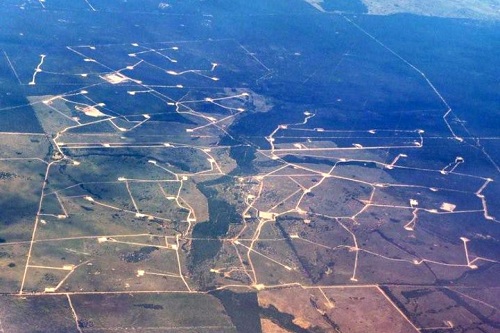 Gladstone Harbour: The rectangle, superimposed on the map by the author, is the Eastern Banks dredge disposal area for dredge spoil from Gladstone Harbour dredging. Permission has been given by the Commonwealth for the disposal of 11 million cubic metres of spoil at this location. The red line is Great Barrier Reef World Heritage Area boundary. Sourceof image Aurecon (2010). 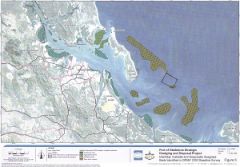 This picture shows the location of the dredge spoil disposal in relation to seagrass beds in Gladstone Harbour. Source of image GHD (2009, Figure 6) and GHD 2010 (Figure 18-1). 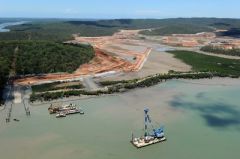 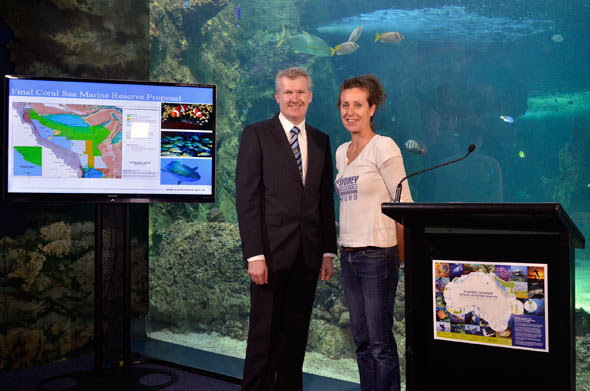 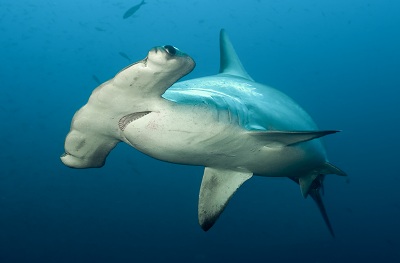 The scalloped hammerhead shark is listed as endangered globally by the IUCN but continues to be fished in large numbers in Australia’s Great Barrier Reef World Heritage Area. Source of image Simon Rogerson (IUCN).

Bigeye is the most valuable of the tunas but has been overfished continuously for at least a decade. Source of image dpi.nsw.gov.au. 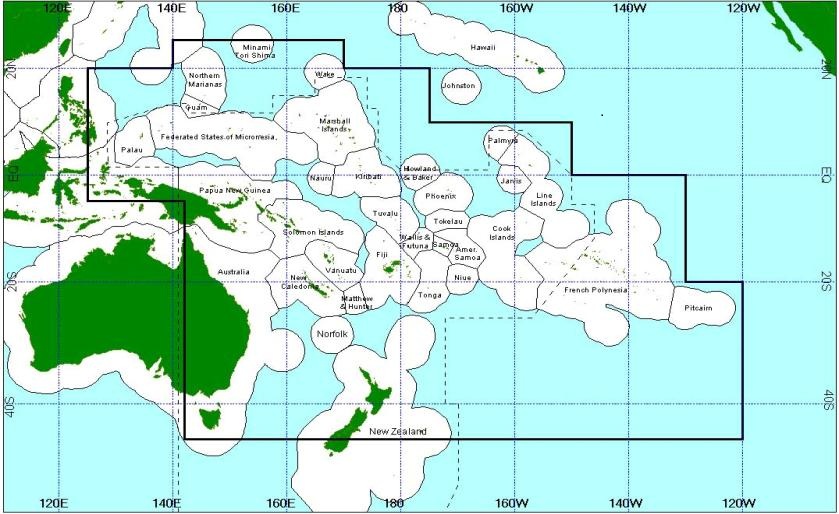 The WCPO Commission was established in 2004 but has failed to implement an effective management strategy for both tuna and other targeted and bycatch species. 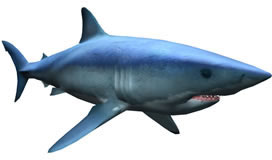 The short fin mako shark is protected, but is nevertheless caught in numbers in the Coral Sea Marine Reserve