Dr Colin Hunt died at his home in Yungaburra on the Atherton Tableland in Far North Queensland on Friday, 27 December 2013.

He died as he had lived – with great courage and dignity – publishing to the end.

Colin’s last article ‘Illustrated implications of the Terrifying New Math of Meinshausen and McKibben’ in the Journal of Economic Analysis & Policy 43(3) (December 2013) is a hard-hitting and frightening look at the continued impact on the planet of carbon emissions.

His conclusions were that the world economy must decarbonise by 2050 to avoid catastrophic climate change implications. He believed that even five-year delays would impact on the rate of emissions required to do this and the main driver to decarbonise would be markets – not international agreements.

“These port developments are impacting wildlife and destroying part of the reef, there’s no doubt about it. The coal and gas companies are responsible for doing their own environmental impact statements – the system is flawed because of conflicts of interest”.

Colin continues: “If we really want to tackle this problem, we have to make the polluter pay” – whether they are farmers not meeting water quality targets or resource companies dumping dredge spoil. “It is time to have a proper reckoning. The reality is extremely serious: unless these trends turn around we’re going to lose the Reef”.

Colin was motivated by his philosophy to grow two trees where none grew before and to allow two fish to swim where one swam before.

He expressed this philosophy in his extensive writings and through his actions and touched many lives. He was an ocean swimmer and loved the marine environment. His legacy continues to inform and inspire.

Colin is remembered as a person of integrity and substance with uncompromisingly high ethical standards. Both he and his work have been acclaimed – locally, nationally and globally – and since his death, tributes have flowed in.

EXCERPTS from TRIBUTES to COLIN...

‘It was a privilege to have known Colin...’

‘...his death is a great loss to the ethical community’

‘He will be missed by many people for his contribution to forestry, ecology and environmental concerns’.

‘Colin was an inspirational and dedicated member of our branch [FNQ and Tableland Greens]. His passion, experience and depth of knowledge will be sorely missed.’

‘He made his mark in environmental management and has inspired many of us’.

‘He was one of life’s true gentlemen...’

‘...our admiration of all the research he has done to make us aware and for future generations’.

‘He was certainly no materialist and loved life and science’.

‘...we will remember his friendly cheerful and enthusiastic approach to life’.

‘Colin was an incredibly vital and energetic man – both of body and mind...who lived a large and wonderful life...He was involved in so many things that it was always a pleasure to meet up with him and have a chat about his latest project’.

‘...Colin made a great contribution and one hopes the politicians will, one day, realise what he was saying’.

‘He became an achiever of great note...’

‘Colin was instrumental in setting up the Far North Greens branch in 1992 and was the Convenor until...1995...

‘[He] was a great friend and mentor with his wide-ranging knowledge, ready smile and strong, ethical convictions...’

‘He was one of the first ecological economists in Australia when that very term seemed a contradiction...’

‘Colin had the rare skill, derived from his core training in agricultural science and economics, to bridge the economics/environmental divide....’

‘[He] argued cogently and regularly...for proper accounting practices that factor in all of the externalities – such as pollution, climate change and forest clearing – that threaten our planet but are not counted as costs in GDP statistics’.

‘Colin was a long-time campaigner for the environment, an Ecological Economist, who specialised in the impacts of mitigation of climate change, terrestrial and marine conservation and the ecological and economic sustainability of development. [He] was a noted writer, commentator, researcher and consultant on these matters and co-authored the first 25-year strategic plan for the Great Barrier Reef World Heritage Area adopted by both the Australian and Queensland governments’.

‘He was a real gentleman in every sense and had a marvellous brain. His research was really significant...to the environment’.

‘He was so intelligent and understood so much that the planet needs for us to survive’.

‘Stoic that he was, he did accomplish his aim – and continued his vital interest and involvement in many avenues...[and] what an interesting conversationalist’.

‘Colin’s legacy is huge with his prolific and insightful papers dealing with the environmental issues which the globe faces’.

‘He was a remarkable man’.

'It is very sad to lose such a good person who always championed just community causes and addressed environmental concerns'.

'What an interesting man, scholar, so many aspects to his life and work and travels. What a full life, and what a vacuum his death must leave...'

'He came across as wise, patient and gentle...and to be honest I'm not sure if there's anyone I know of who can fill his shoes.'

Obituaries on Colin have been published in at least three newspapers – The Courier Mail, The Cairns Post and the Tablelander: 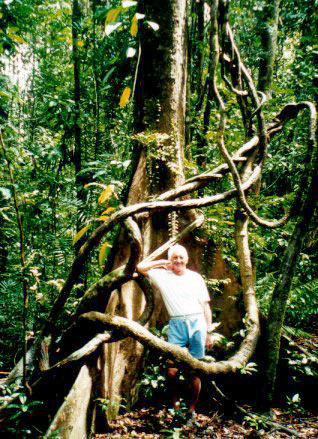 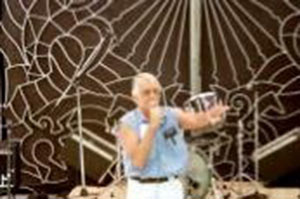 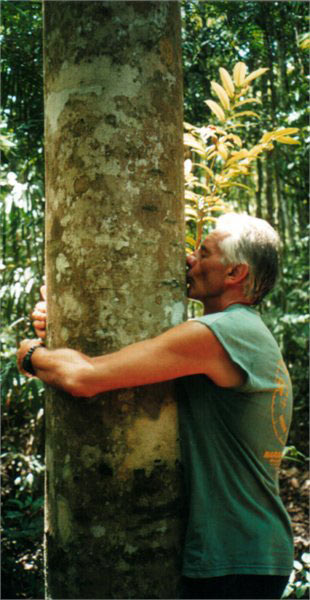 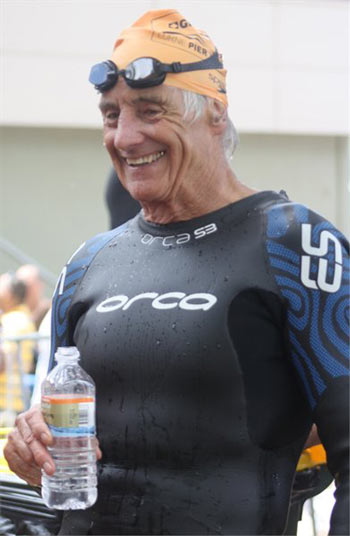