As an ecological economist Colin specialised in the economics of

He was an Honorary Fellow in Economics at the University of Queensland (since 2008).

He conducted and published research, undertook projects for clients and taught part time at the University of Queensland.

He held the degrees of:

-          Bachelor of Agricultural Science, with honours, from Nottingham University;

-          Master of Agricultural Economics from Melbourne University, and

-          Doctor of Philosophy from Flinders University.

His doctorate in social sciences was awarded for the thesis: “Ecologically sustainable development: spatial, economic and institutional issues in its implementation”. The study looked specifically at what would be required to make development in the Cairns region sustainable.

As an agricultural scientist and agricultural economist for many years, he was motivated to help grow two blades of grass where one grew before.

“And he gave it for his opinion that whoever could make two ears of corn, or two blades of grass, to grow upon a spot of ground where only one grew before, would deserve better of mankind, and do more essential service to his country, than the whole race of politicians put together.”[i]

Since the mid-1980s, he was also motivated to grow two trees, where none grew before and allowing two fish to swim where one swam before, as well as taking acccount of the cost of doing so.

He also looked closely at climate change impacts and how to mitigate them, in Australia and Asia.

Large resource projects are threatening the intergity of Australia's lands, waters and oceans. He worked to highlight the opportunity costs of  such projects in social and economic terms.

His work took him to Africa - where he was a soil and water planner in the Sabi River catchment for three years - and to South and South East Asia, where he conducted assignments and research in agriculture, forestry and fisheries.

He conducted research and assignments on development, agriculture and conservation - from 1980 to the present - in the Pacific island countries of Papua New Guinea, Solomon Islands, Fiji, Vanuatu, Kiribati, Tuvalu and Samoa.

Between 1971 and 1978,  Chief Economist, Economics and Marketing Division of the South Australian Department of Agriculture, Adelaide.

From 1978 to 1986, Director of the international agricultural consulting firm Edey, Hunt and Associates Pty Ltd.

Subsequently, he gained experience in fisheries management and administration as Execuitive Director of the South Australian Fisheries Industry Council Inc.

From 1994 to1998, he lectured and conducted research full-time in Ecological Economics in Development Studies at the Australian National University.

In Papua New Guinea he was Principal Economist at the National Research Institute for four years - 1998-2002.

Thereafter he was Faculty in Environmental Policy at the School for Field Studies, Australia (attached to Boston University) - 1994-1997.

A number of voluntary positions have been held in NGOs and he acted as an adviser to various institututions involved in the magement and enhancement of ecosystems. From 1991 to 1994 he represented the Australian environment movement in a voluntary capacity in developing and co-authoring, along with other key stakeholders, the 25-year plan for the Great Barrier Reef (see opposite).

Other bodies and institutions that Colin advised or represented include Terrain NRM (Director), the Scientific Advisory Committee of the Wet Tropics Management Authority (Member) and Trees for the Atherton and Evelyn Tablelands (TREAT Inc.) (Committee & Vice President).

He was a referee for the international journals Ecological Economics and Environmental Management. 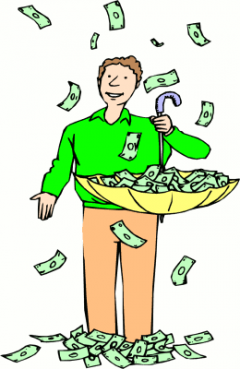 What are the benefits and the costs involved in protecting and enhacing environments? 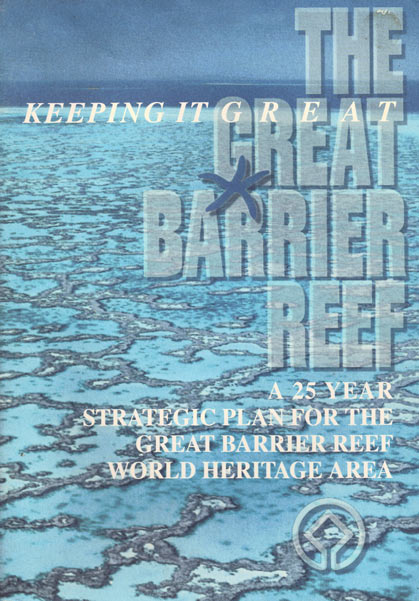 The 25-year Strategic Plan for the Great Barrier Reef World Heritage Area, of which Colin Hunt was an architect and co-author, was adopted by the Queensland and Australian governments in 1994 and has guided the management of the Reef. Click to read more and download the plan. http://www.gbrmpa.gov.au/about-us/legislation-regulations-and-policies/the-25-year-strategic-plan-for-the-great-barrier-reef-world-heritage-area